So there we were sat in Dukes of De Beauvoir Town, waiting for The Jazzer. We had to gather there because whenever you arrange to meet Mr Williams it has to be within a one mile radius of his N1 abode – them’s the rules! True to form though, having made us travel to him and ten minutes before we were expecting his arrival, he bailed on us! What to do? Well, the first American Pale Ale had actually gone down a treat and seeing as we had managed to acquire a table in a decent spot close to the bar, we decided to have another one. And so it began.

Jamie: I need an adventure!

Jamie: Well, it’s the ten-year anniversary of CWB next year. How about doing something epic for that?

Carl: Perfect! Let’s try to emulate and pay homage to the trip made by the original trustees?

This conversation took place in the summer of 2014 and somehow here we are now with only one hundred days to go before we take the first pedal on our epic 4,000 mile journey from Cape Town to Kigali. Obviously since that initial and totally spontaneous discussion the plan has developed and grown somewhat, but the premise remains the same: To have a great adventure and to raise as much money as we can for CWB.

Our planning started with the route and both of us have spent hours studying it since we fully committed to the trip several months ago. Research on the countries, including what visas we may need, has also been done. A ‘town to town’ plan (based on an average of 40-45 miles a day) has been plotted. A full kit list, including everything from spare fold up tyres to cable ties has been created. Letters to potential kit sponsors have been sent (some good early conversations, but if reading this and you happen to have a contact please share!). Our website has been built. Flights have been booked. Endorsements have been gathered (plenty more of those to come!). Some sponsors have been obtained – including a generous offer from The Truscott Arms who have agreed to donate a pound for each participant in their weekly quiz (hosted by Carl every Monday!) between now and the trip. Our social media campaign has been launched (@thegreatcwbcycle). Our respective work places have been informed of our impending departure and have been brilliantly supportive. 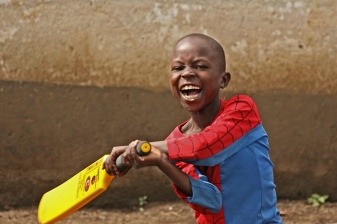 Training has, well… Jamie’s currently winning on this one, as Carl doesn’t actually own a bike yet! There’s still time though and several weekends between now and January have already been set aside for long bike rides. A press release has generously been created by our great mate Luke Sellers and will be doing the rounds soon. Our Just Giving page is up and running and many mates have already proved to be overwhelmingly generous. Our leaving party (vital this one!) has been booked for the 15th December. And finally, most importantly, our friends and families have been told that this actually happening and is not just some crazy idea we’ve been threatening to do for ages.

The reaction from friends has been fascinating ranging from jealously that we’re doing something they would love to do, to the standard; ‘Wow! You’re going to have a sore ar*e’ and ‘Careful you don’t get eaten by anything!’ type comments. We think/hope they’re joking about the last one! As to our families and loved ones, understandably, their initial reaction was a slightly nervous one but as time has moved on they’ve gotten used to the idea and are now fully behind us. It goes without saying that without their love and support none of this would be possible.

To conclude, as we write it seems crazy that hopefully in 200 days time we will be riding into the École Technique in Kigali having completed our epic journey. There are obviously so many things to do between now and then but I think it’s safe to say that at this point we are already almost unbearably excited about what is to come.

This is really happening and perhaps it’s all down to The Jazzer!

So, there we go – the publishing of our first blog can be added to the list of milestones reached. Please feel free to add any comments below and be sure to share any links if you would like to support us going forward.

This is your very first post. Click the Edit link to modify or delete it, or start a new post. If you like, use this post to tell readers why you started this blog and what you plan to do with it.